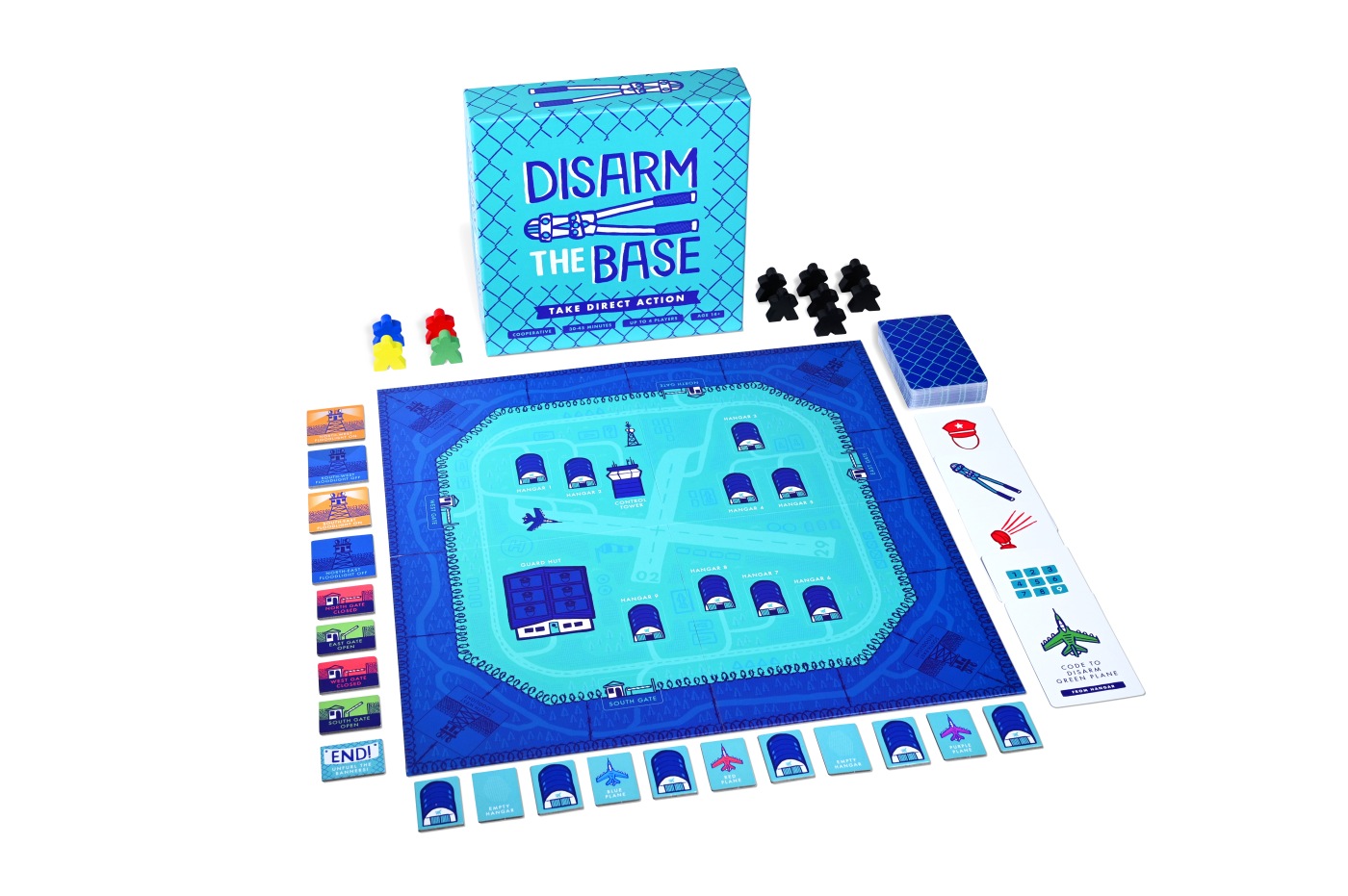 Hello, and welcome! Disarm the Base is a board game. It’s a relatively compact, lightweight cooperative game. It can be played by between one and four people, and lasts from 20 minutes (solo game) to 45 minutes.

Together you need to find and disarm war planes on a base, both avoiding the guards and disarming all the planes before the deck runs out.

The game play takes place on a board representing the base. Tiles representing different war planes are placed face down in hangars on the board. Each turn, you take up to four actions, which could include moving around the base, playing cards from your hand, or giving or taking cards. You then draw cards from a deck, and either resolve the cards or take the cards into your hands. Finally, a guard around the perimeter of the board moves.

Cards from the deck tend to negatively change the make up of the board in some way: floodlights come on, guards enter hangars, and gates close.

You win if you disarm all the planes and at least one player escapes the base. You lose if any of the following happen: run out of cards, run out of guards, more than one player discovered by a guard.

If you buy Disarm the Base, you get:

It was created in 2019 by Dissent Games, a not-for-profit organisation in the UK. It’s loosely based on direct action taken by real activists, although obviously as a heavily stylised game, Disarm the Base does not show a real base. In reality, activists are usually stopped long before disarming weapons, and are given the opportunity to explain their reasons for taking direct action at the subsequent trials.

We hope you enjoy the game! Buy a copy by emailing dissentgames@gmail.com.