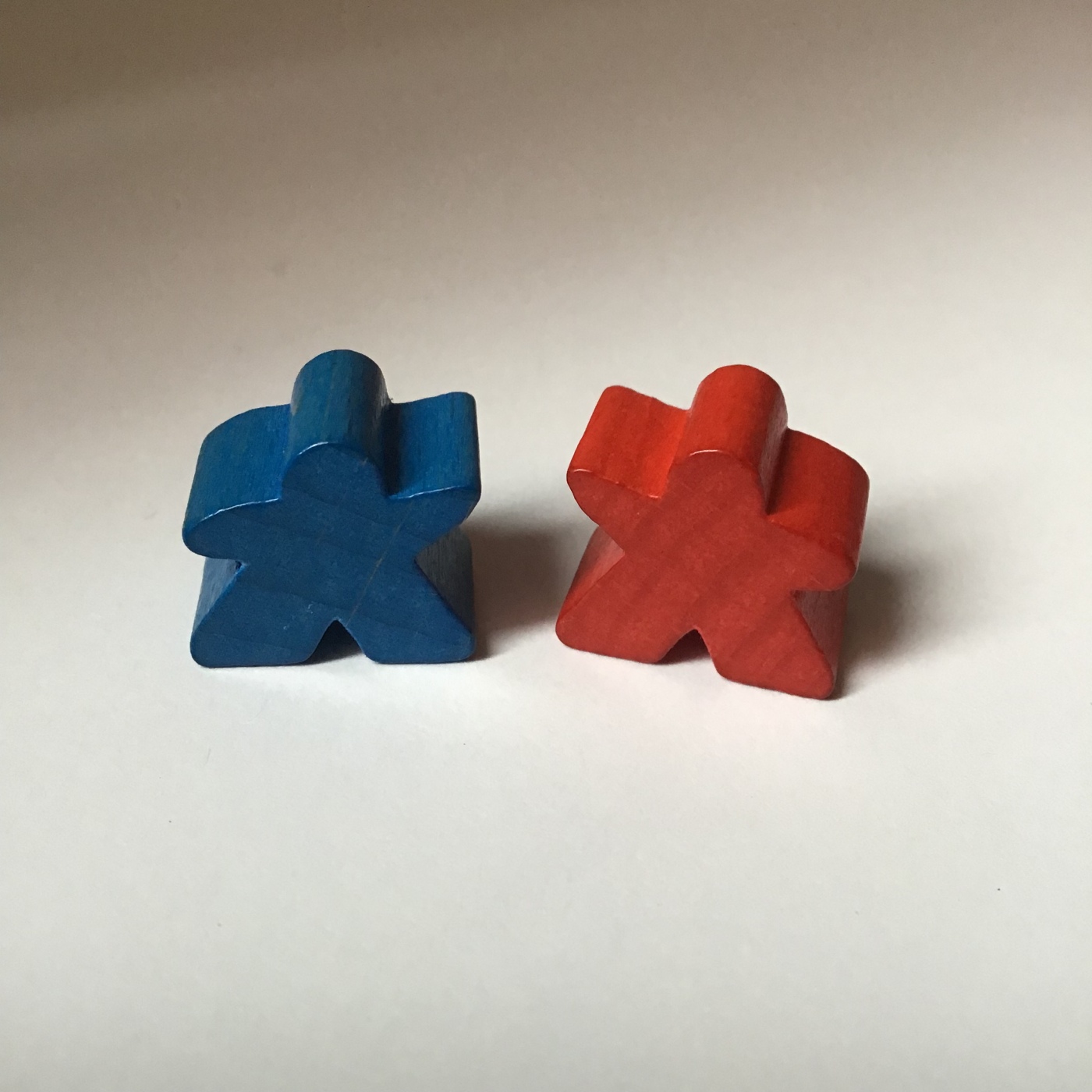 One of the most difficult things about designing a game is getting the balance right for different numbers of players. The initial playtests were with four players — that seemed right, and is a fairly standard number of players.

In a most games, the number of players changes the game. In this game, reducing the number of players made it easier. It’s partly because in a two player game each player’s turn comes round more often, so there’s less need to worry about being caught by the guards. It’s also because four players spend more time passing cards to each other.

The solution is to reduce either the cards or the number of guards in the guard hut (if the guards run out then the game ends). At the moment I’ve been bringing the guards down to four for the two player game, but keeping the cards the same. It works, but it still seems a little easy. Perhaps I’ll try taking out a crowbar…

I’ll report back with the optimum balance of cards and guards when I have it!